Who we are
Contacts
Lingue: IT | EN
Company infoCreditsPrivacy Policy
Back
Castle
Back
Eat
Back
Sleep
Back
Natura
Back
Business
Back
Activities
Back

The Malpaga Castle, which lays not far from the Serio riverbanks and is surrounded by a fertile valley...

…is without a doubt, one of the finest buildings of the Lombardy region. It is highly valued not only for its architecture, but also for its history and its echoes of the past life at court, reminiscent of a key player of the 15the century: the warlord Bartolomeo Colleoni from Bergamo.

Unlike other Italian and foreign castles, it’s not built on the top of a hill or a steep rock; its crenellated walls and imposing tower overlooking the surrounding valley blend in naturally with the untouched landscape. The castle, a real gem of creativity and hospitality, was built by a member of the Ghibelline Party around the middle of the 14th century, definitely before the discovery of gunpowder.

Protected by a wide moat and built as a real fortress,
this castle was able to resist multiple attacks and battles.

However, once surrendered to the city of Bergamo, it was abandoned. When Bartolomeo Colleoni (1395- 1475) became Captain General of the Republic of Venice on 24 June 1455, the Senate gave him the opportunity to move into a castle built on the border to protect the Republic of Venice from the invasion attacks carried out by the Duchy of Milan.

On 29 April 1456, Bartolomeo Colleoni decided instead to buy the Malpaga Castle from the city of Bergamo for 100 golden ducats. The castle though, with the introduction of the use of gunpowder, was no longer defensible.

Colleoni then committed himself to making it safer, by raising its walls, adding a second moat and building lodging for the troops. Armigers, stables and fortified doors transformed the castle complex into a highly inaccessible fortress. The “beautiful palace” as Sanudo called it, became a destination for many high profile figures of the time.

In 1458 Colleoni moved in, like a king in his palace, with his wife Tisbe Martinengo. Here he received, hosted and entertained the big names of the time. Among them, it’s worth mentioning, was Christian I king of Denmark (12 and 13 March 1474), who paid a visit to Malpaga on his way to Rome as a pilgrim, accompanied by the Duke of Saxony and an entourage of 200 horsemen. Colleoni went out to greet him with an entourage of 500 horsemen.

He entertained his guests with hunting games, tournaments and a final lavish banquet. Bartolomeo Colleoni finely decorated his castle, hiring some renowned artists of the time from Burgundy, others from the neighboring areas. 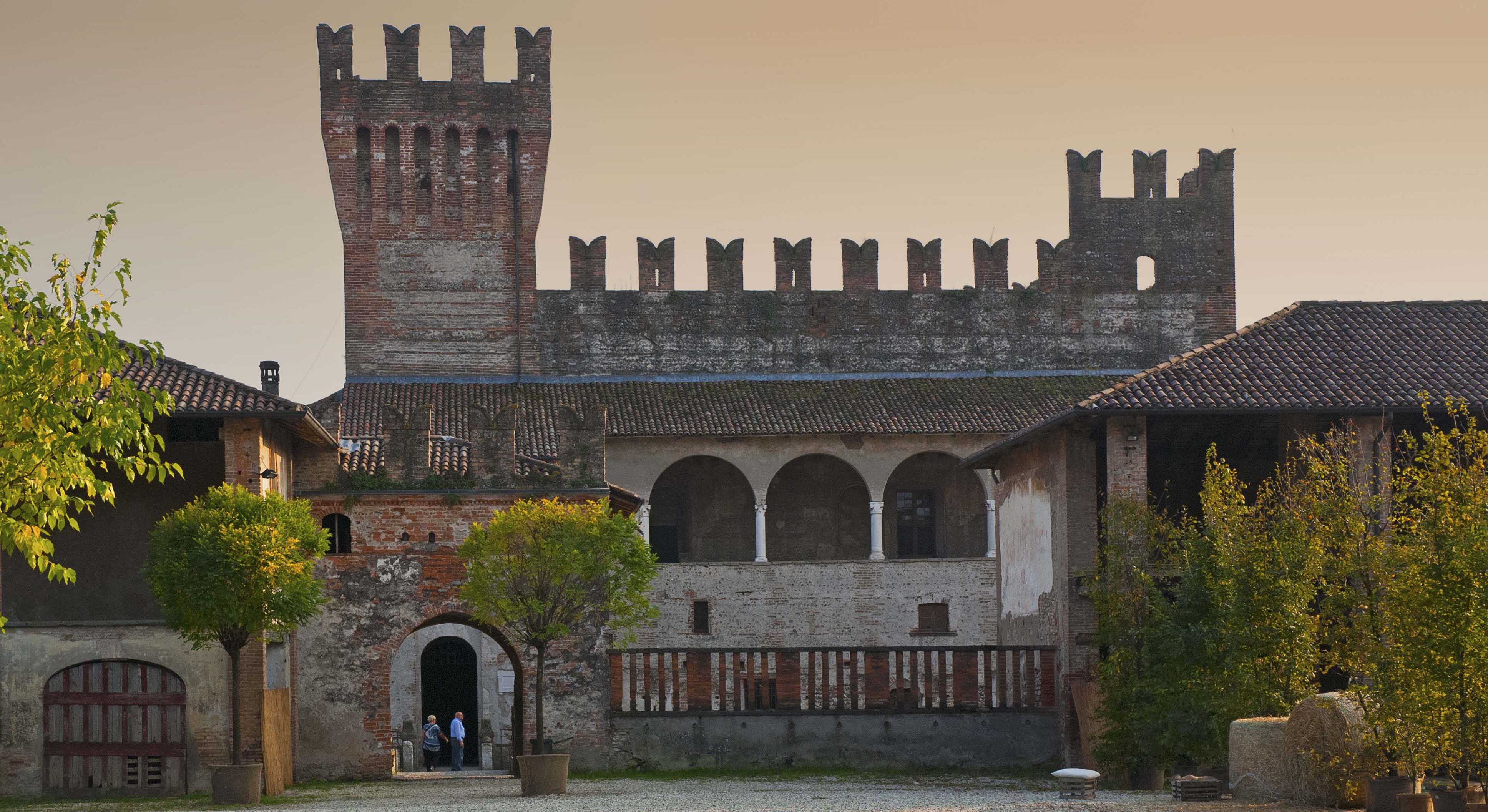 Bartolomeo Colleoni had only daughters: Ursina, Isotta, Caterina, Medea, Dorotina, Riccadonna, Cassandra, Polissena. After his death on 2 November 1475, the castle of Malpaga passed to his nephews Estore, Giulio, Alessandro Martinengo Colleoni, the sons of Gerardo Martinengo and Ursina Colleoni.

Malpaga remained the property of the Martinengo-Colleoni family until 1859, when the noble Roncalli family bought it.
In 1924 it became property of the Crespi family. Today, Malpaga is one of the most important estates, and belongs to Malpaga SpA. It is still surrounded by beautiful cultivated fields, woods, irrigation ditches and farmhouses not far from the Serio river and the Orobie Prealps: all elements that contribute in creating a one-of-a-kind, natural and architectural complex.